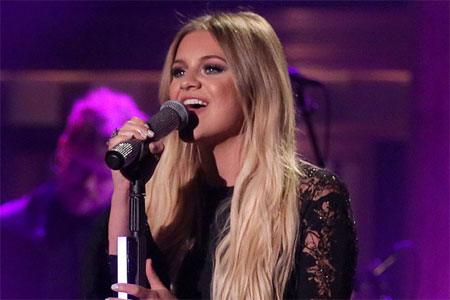 A country-pop singer and songwriter out of Knoxville, Tennessee, Kelsea Ballerini started writing songs when she was 13 years old, began learning guitar a year later, and moved to Nashville at 15 to pursue her dream of being a professional singer and songwriter. Four years later in 2013, when she was 19, Ballerini signed a publishing deal with Black River Publishing and a recording deal with Black River Entertainment later that same year. A debut single, "Love Me Like You Mean It," appeared from the label in 2014; the single slowly became a big hit, reaching number five on the Billboard country singles charts and number one on its country airplay charts. A digital EP, simply titled Kelsea Ballerini, was released in November 2014, and as word about Ballerini spread, she was named one of 2014's Next Women of Country by CMT and appeared on the Grand Ol' Opry for the first time on February 13, 2015. In May 2015, Black River released Ballerini's first full-length album, The First Time; it debuted at four on Billboard's U.S. country charts and 31 on the Billboard Top 200, eventually going gold. In June 2017, Ballerini released "Legends," the first single from her follow-up LP Unapologetically, which appeared in November.