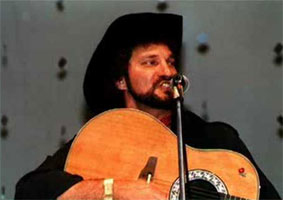 Leon Everette was born June 21, 1948, in Aiken, SC. He joined the Navy after high school, and while on leave in the Philippines bought a guitar and learned how to play. Encouraged by Navy talent-contest victories, he issued a series of singles once he was discharged and back in South Carolina. Unfortunately, the records went nowhere. Eventually, he got a job in the mailroom of True Records in Nashville. He then signed with the label, and in 1977 True assigned Everette to do a tribute to Elvis, Goodbye King of Rock and Roll. He was less than thrilled at the prospect and ripped up his contract. True released an Everette single anyway, and "I Love That Woman (Like the Devil Loves Sin)" became a minor hit. Toward the late '70s Everette signed with the Orlando imprint, which issued Over (1980). The success of the album's singles led RCA to sign Everette the following year, and the partnership proved fruitful. He recorded five albums for the label between 1981-1984, and had several major hits, among them the label's reissue of the single "Giving Up Easy." His string of Top 20 hits continued with "Just Give Me What You Think is Fair" and "Soul Searching," both from 1982. But Everette became unhappy with RCA's promotion of his work and switched to Mercury Records, where he had three minor hits in 1985, including "Till a Tear Becomes a Rose." By the end of that year, he had moved back to the revitalized Orlando and in 1986 hit the charts with three singles, including "Still in the Picture." In 1988, he left country music to open an imported wicker shop with his wife in Ward, SC.