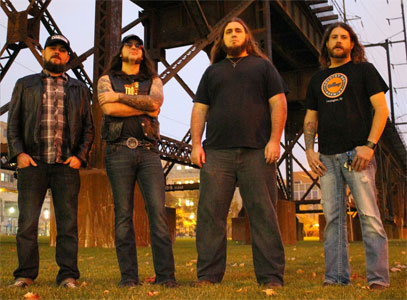 An alt-country, roots, and Southern rock band formed in Lexington, Kentucky in 2006, Fifth On The Floor (apparently, true to the name, a bottle of Jim Beam had something to do with the decision to start a band) went through a few initial lineup changes before settling into one of Justin Wells on guitar, Matty Rodgers on guitar, harmonica, and mandolin, Jason Parsons on bass, and Aaron Graham on drums, with all four members handling Vocals and harmonies. The band independently released a debut album, The Color of Whiskey, in 2007, following it in 2010 with Dark and Bloody Ground on Sol Records and Ashes & Angels in 2013 from Black Country Rock.