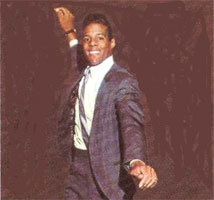 Bobby Freeman's energetic vocals punctuated two R&B dance hits in the late '50s and mid-'60s. The San Francisco performer started the Romancers as a 14-year-old and later formed the West Coast Vocalseers, whose sound was much more pop-oriented than the Harlem group of the same name. Freeman's single "Do You Want to Dance" just missed topping the R&B charts in 1958, staying at number two for two weeks (number five pop). It was one of three hits he enjoyed that year on Josie, although "Betty Lou Got a New Pair of Shoes" and "Need Your Love" only reached numbers 20 and 29, respectively. "C'mon and Swim" parlayed the 1964 dance craze into his second Top Ten R&B hit, reaching number five. But the follow-up went to the water once too often, as "S-W-I-M" fizzled at number 56. Both were for Autumn. It was also Freeman's final visit to the R&B charts. He died on January 23, 2017 in San Francisco, California.