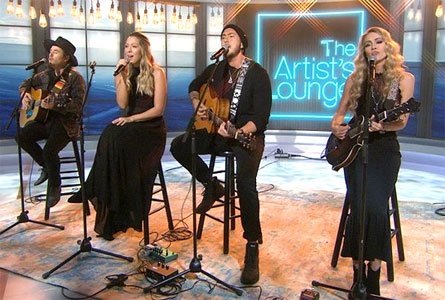 Sunny Southern California singer/songwriter Colbie Caillat formed the sun-kissed, laid-back country band Gone West in 2018. Gone West was a family affair. Caillat's bandmates in the quartet featured her fiancé, Justin Young, and her longtime collaborator Jason Reeves, along with his wife, Nelly Joy. This lineup made the group feel a little bit like a California spin on Little Big Town on their debut EP, Tides, which appeared in January 2019. All of Tides appeared on Canyons, the full-length debut released in May 2020.