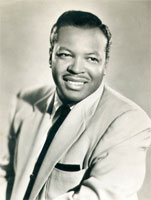 Many acts in the early '50s were rooted in jump blues and not-quite-yet rock & roll, many of them played and recorded in Los Angeles, and many of them put out records on the Modern label. The obscure Oscar McLollie & His Honey Jumpers fit all those criteria, though they were more aligned with the jazzy jump blues than most such R&B artists. While he wasn't a hitmaker or an originator, he made fun, swinging sides that had their place as some  of the more jazz-oriented early-'50s L.A. R&B. With some of his mid-'50s sides he verged a little toward early rock & roll, particularly on "Roll Hot Rod Roll." His up-tempo sides for Modern were collected on the 2003 CD Hey! Lollie Lollie.