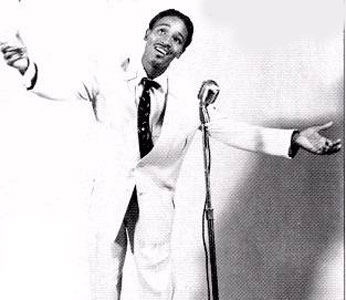 Moreland was a member of many Vocals groups including The Dominoes, The Du Droppers, The Chanteclairs, The Cadets, The Crescendos, The Colts, The Fortunes, The Hollywood Flames, and possibly The Sevilles (the group that had a hit with "Charlena" in 1961). Moreland replaced Ted Taylor (who had left for a solo career) on The Cadets' "Stranded In The Jungle" session and was the one who came up with the "Great Googa Mooga! Lemme outta here!" line in the song. Aaron Collins of The Cadets said of Moreland's line "I think he picked that up from Rochester (Anderson). Prentice knew Rochester pretty well." At the same session, he recorded a solo version of "Memories Of You," a song that had been done by The Ink Spots in 1939; it was released on RPM Records in 1957. He recorded along with Jackie Wilson, Milton Merle, and Cliff Givens in The Dominoes in 1955, later returning to the group a few more times. With the Crescendos, he recorded "Finders Keepers" and "Sweet Dreams" for Atlantic Records in 1956, alongside Bobby Relf of The Laurels, Young Jessie of The Flairs, and Bobby Byrd of The Hollywood Flames. He was asked by Buck Ram to join The Platters but Moreland refused because he had to take care of his seven kids.
Around the same time that Moreland recorded with The Chanteclairs on Dot Records in 1954 (as "Prentice Moore"), there was a Dot recording called "You Gave Me Heartaches" by Prentice Miller. It is possible that "Prentice Miller" is actually Prentice Moreland. Moreland's name is listed as "Prince Moreland" for the recordings he did for Johnny Otis' Dig Records in 1956. One of the songs, "My Mother's Eyes" was previously sang in the 1929 film Lucky Boy by George Jessel. Moreland also sang two Ivory Joe Hunter songs, "I Almost Lost My Mind" and "I Need You So." In the '60s, Moreland was a member of several imposter and spin-off Ink Spots groups, including those fronted by Cliff Givens, George Holmes, and Orville Brooks. He was never a member of the original Ink Spots that recorded for Decca.
According to singers Young Jessie and Bobby Nunn, The Coasters' big hit "Searchin'" from 1957 had originally been put together by Moreland, Bobby Day, Earl Nelson, and Young Jessie at Bobby Day's house about three years before it was recorded. Jerry Leiber and Mike Stoller heard their song and wrote more lyrics to the song, adding references to movie detectives.
Moreland worked in the clubs in Las Vegas, Nevada until he died in September 1988, a year after Ted Taylor (whom Moreland had replaced in The Cadets) had died in a car crash.