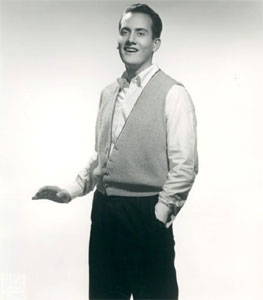 Born Cecil Altman Boone, 1 June 1935, Jacksonville, Florida, USA. Todd's brief career from 1957-60 was built during the era when record companies were flooding the market with teen idol types who could sing a poppish unthreatening style of rock 'n' roll. As the younger brother of the king of poppish rock 'n' roll, Pat Boone, Todd was quickly snapped up. After one release on Deb, he was signed to Dot Records (which gave the singer his name by reversing the company's name). Todd's "Plaything", which entered the US Top 50 in 1957, brought the singer to the public's attention, and, that same year, a cover of Danny And The Juniors' "At The Hop" (number 21) cemented a relationship with his teenage fans. There then followed a spate of television appearances and fan magazine profiles, but it did not last and Todd left the music business to pursue a career in social work.