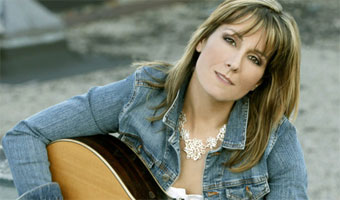 Vocalsist Michelle Wright was born in Morpeth, Ontario, where she began singing as a child. She took after her father, a performer in a country & western group; and her mother, who sang with the Reflections for over a decade. Wright joined a band in college and was in and out of combos for the next three years until she formed her own group in 1983. After five years with that group, Wright went solo and issued Do Right by Me in Canada. The LP garnered Wright widespread acclaim and led to a contract with Arista in Nashville. New Kind of Love was her first release for Arista; it dropped July 17, 1990. She followed it with the decidedly more slick Now & Then, which featured the hit singles "Take It Like a Man" and "He Would be 16" ("Take It" also hit number one in Canada). By 1996's For Me It's You, Wright was an established superstar in her native country but was still merely a critical favorite in the U.S. She issued The Reasons Why in 1997 and a greatest-hits collection in 2000. Wright returned in 2003 with the poppy "Shut Up and Kiss Me."