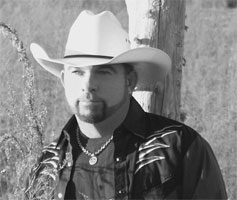 A singer/songwriter who reached his commercial peak in the late '70s, Randy Barlow was born in Detroit in March 29, 1943. By the age of ten, he was playing guitar with local R&B bands; at 14, he was performing professionally. After leaving college in 1965, he moved to California to become a Hollywood stuntman, but instead found work with Dick Clark's Caravan of Stars, serving as a promoter and emcee in addition to performing music and comedy.
In 1968, Barlow issued his first single, "Color Blind," which failed to chart. After years of struggle playing local clubs, he was awarded another shot at recording in 1974, making the best of it with the minor hit "Throw Away the Pages." After a string of other small successes, he reached the Top 20 in 1976 with a rendition of "Twenty Four Hours from Tulsa," which had been a Top Ten hit for Gene Pitney in 1963.
From 1978 to 1979, Barlow issued four back-to-back number ten singles — "Slow and Easy," "No Sleep Tonight," "Fall in Love With Me Tonight," and "Sweet Melinda" — and received notice for the 1977 album Arrival, its 1978 follow-up Fall in Love With Me, and a 1979 self-titled effort. However, subsequent singles and albums (like 1981's Dimensions) failed to garner much commercial or critical acclaim; in 1983, Barlow released his final chart single, "Don't Leave Me Lonely Loving You," which hit number 67.
Randy Barlow passed away on July 30, 2020.