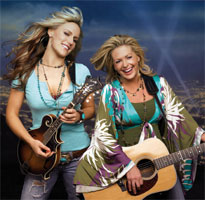 Bomshel began as an ambitious Tuesday night ritual, where Vocalsist Buffy Lawson and fiddler Kristy O. would use Nashville's slowest bar night as their stepping stone into one of the most intimidating music scenes around. Soon, Tootsie's Orchid Lounge was filled with people, including some who would routinely make a lengthy drive to see Bomshel perform. Soon the women attracted major attention and were signed to Curb Records, where they were given their own label, Bombstop! Records. In 2009 the group returned with Kristy using her full name, Kristy Osmunson, plus Kelley Shepard as the departed Buffy’s replacement. The group released Fight Like a Girl that same year.