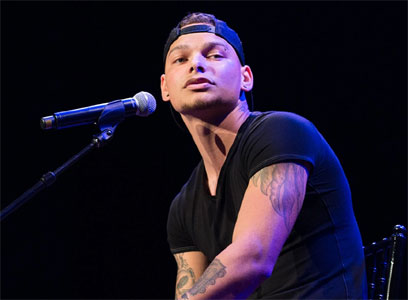 Tennessee's Kane Brown is a contemporary country singer/songwriter blessed with a rich baritone voice. Raised by a single mom, Brown grew up in Redbank, Tennessee, where he first became interested in music while in high school. Initially attracted to R&B, Brown decided to focus on country after winning an 11th grade talent contest with his rendition of Chris Young's "Gettin' You Home (The Black Dress Song)." Buoyed by that success, Brown began posting videos online of covers of songs by Brantley Gilbert, Alan Jackson, and others. He quickly developed a loyal following of viewers, a fan base that helped his own single, "Don't Go City on Me," go viral upon its release in 2014. In 2015, Brown released his debut EP, Closer, which reached the Top Ten of the Billboard Country Albums chart. Following Closer, he also released the stand-alone single "Used to Love You Sober."
In early 2016, Brown signed a recording contract with RCA/Sony Music Nashville. That December, he returned with his eponymous full-length debut, Kane Brown, featuring the singles "Ain't No Stopping Us Now" and "Thunder in the Rain." The album debuted at number one on the country charts and peaked at number ten on the Billboard 200. Two more singles, "What Ifs," featuring Lauren Alaina, and "Heaven" appeared in 2017. A third non-album track "Lose It," arrived in 2018.