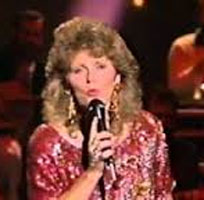 Born 30 March 1955, Bethalte, East St. Louis, Missouri, USA. A singer and guitarist, Cato made several popular singles in the 70s. Her songs were slanted towards country music although they also had an appeal to the wider audience. Her 1974 debut for Capitol Records included the minor US country hits ‘Superskirt’, ‘Super Kitten’ and ‘Lincoln Autry’. The follow-up Good Hearted Woman included her biggest hit, a version of Timi Yuro’s ‘Hurt’ that reached number 14 in the charts. The minor hits ‘Yes’, ‘Who Wants A Slightly Used Woman’, ‘I Love A Beautiful Guy’, ‘Here Comes That Rainy Day Feeling Again’, ‘I’m Sorry’ and ‘Don’t You Ever Get Tired (Of Hurting Me)’ followed between 1975 and 1977. Cato switched to MCA Records in the late 70s, briefly returning to the charts in 1980 with ‘You Better Hurry Home (Somethin’s Burnin’)’. Little is known about Cato’s life after 1981 and she appears to have ended her musical career.