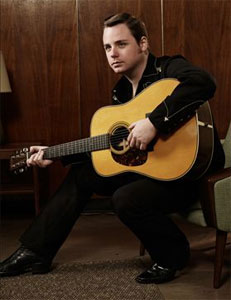 Although he grew up surrounded by country music, singer/songwriter Jason James came to the genre later. A native of Texas City, Texas, James began playing guitar in his teens, playing in punk and alt-rock bands well into his twenties before discovering a passion for classic country and honky tonk. Changing course, he began writing country songs inspired by greats like Hank Williams and George Jones, eventually putting a band together and hitting the Texas open-mike scene. He was eventually picked up by alt-country/Americana label New West, who set him up with producer John Evans and a crew of Texas studio vets. The initial sessions were such a success that New West sent him up to Nashville to record with Keith Gattis (Willie Nelson, Dwight Yoakam), who helped him complete his self-titled debut. Released in the summer of 2015, Jason James' debut has a classy, decidedly retro feel similar to contemporaries like Sturgill Simpson and New West labelmate Robert Ellis.