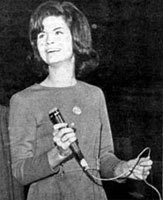 US Country singer born January 12, 1953, Tampa, Florida. Lindsey’s family moved to Savannah, Georgia, soon after her birth; her father was the manager of a local country music radio station and played on air with his group the Dixie Showboys. From the age of five, Lindsey was featured with the band. Conway Twitty was impressed by her talent and, through his help, she signed with Chart Records in 1967. Her first singles included ‘Beggars Can’t Be Choosers’, ‘Wave Bye Bye To The Man’ and two duets with Kenny Vernon, ‘Eye To Eye’ and ‘Pickin’ Wild Mountain Berries’, which was her biggest-selling record. In 1970, she had a solo hit on the US country charts with ‘Partly Bill’. Although she continued to record and had several minor successes, she did not manage to establish herself as an adult country artist.