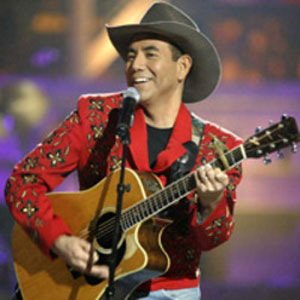 His parents were divorced by the time he was four and even though his stepfather primarily raised him, John Arthur Martinez saw his birth father — a professional musician — enough to know that being a performer was a tough life. The Austin native had the urge to perform the Texas-style of country he loved since grade school, and sneaking into an Asleep at the Wheel/Commander Cody show while he was still underage only made it worse. He was performing weekly in local clubs by the time he graduated college, playing songs by George Strait, Dan Fogelberg, and the Beatles. Martinez moved to Tucson, Arizona to attend graduate school, and not knowing anyone gave him more than enough time to work on his songwriting. As he improved he decided to leave his studies and move back to Austin to seriously peruse a future in music. After numerous trips to Nashville and constant gigging, Martinez recorded his first album, Spinning Our Wheels, in 1998 and sold it at his shows. 2001's Stand Your Ground brought him more attention but it was the American Idol-styled country television show Nashville Star that would break him into the mainstream. During one of the club gigs Martinez played in Nashville, he was spotted by a rep from Dualtone records. He finished second on Nashville Star, but Dualtone signed him and released Lone Starry Night in 2004.