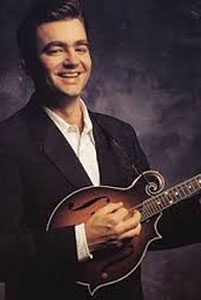 Lending his virtuosic mandolin to a hefty number of recordings, Ronnie McCoury made his biggest splash when he joined his father Del's band as both a singer and instrumentalist, also cutting a duo album with his brother Rob for Rounder in 1995. Buoyed by the national exposure gained through the Del McCoury Band's collaboration with renegade country-rocker Steve Earle on 1998's The Mountain, and its ensuing tour, Ronnie recorded his first true solo album, Heartbreak Town, which was released in the spring of 2000. It was followed in 2007 by the children's bluegrass jamboree Little Mo' McCoury.