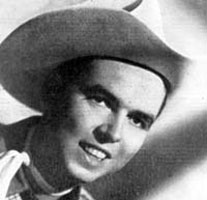 US Country singer, Coy McDaniel recorded at MGM Records of New York. He was also a stellar member of Smokey Warren's Western Rangers. Some of the recordings he did for MGM included: "Devil's Dream", "Old Joe Clark", "Riding The Flop-Eared Mule", "Forgotten", "King-Size Kisses", "Hasty Wedding" and in 1954, his current release at the time was "Sweet Guitar Waltz" along with "Hoedown". They said he utilized a "...multiple recording technique at all times—hence the "4 in 1" nickname.