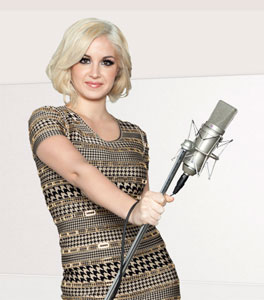 Cut from the same cloth as fiery crooners Jana Kramer, Miranda Lambert, and Carrie Underwood, country singer Maggie Rose was born Margaret Rose Durante in 1988 in Potomac, Maryland. Durante took to the stage at the age of 16, performing frequently with the B Street Band, a Bruce Springsteen cover group, before heading off to Clemson University. She left school in her sophomore year to focus on music, eventually relocating to Nashville, Tennessee on the advice of industry icon Tommy Mottola. Mottola helped her ink a deal with Universal Republic, which released her debut single, a 2009 cover of Kings of Leon's "Use Somebody." She left the label the following year and signed with Emrose Records, releasing a pair of singles and an EP under her birth name before assuming the moniker Maggie Rose for the 2012 single "I Ain't Your Mama." A debut fell-length album, Cut to Impress, produced by Blake Chancey, Stephony Smith, and James Stroud, appeared from RPM Records in the spring of 2013. The following year, she received an Emmy Award for "Get Ya Game On," a track she wrote for Comcast SportsNet's coverage of the Baltimore Ravens and a handful of other football teams. Although she'd become identified with country music, Rose refused to box herself in and branched out into production and collaborations with a wide range of other artists. She launched an ambitious new project in the summer of 2015, debuting a new original song in whatever style she pleased every Tuesday from her website, www.iammaggierose.com. The project was a success with fans, revitalizing her career and resulting in the release of the 2016 double-EP The Variety Show, Vol. 1. Rose issued the single "Body on Fire" in early 2017, in anticipation of the release of her Dreams > Dollars EP, which arrived in May of that year.