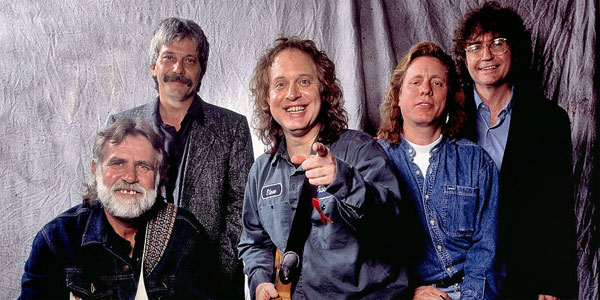 The Tractors were one of the country-rock bands to benefit from the modern country boom of the early '90s. With their good-time boogie and rootsy country-rock, the Tractors were able to send their eponymous debut to platinum status. Although based in Tulsa, all of the members of the Tractors — guitarist Steve Ripley, bassist Ron Getman, Vocalsist Casey Van Beek, keyboardist Walt Richmond, and drummer Jamie Oldaker — were well-known Nashville session musicians before they came to prominence in the early '90s. The group landed a contract with Arista Records and released their self-titled debut album in the summer of 1994. Supported by the hit single "Baby Likes to Rock It," the record became a Top Ten country hit, eventually selling over two million copies.
Instead of following the debut with a standard second record, the band released a holiday album, Have Yourself a Tractors Christmas, in the fall of 1995. Like its predecessor, the Christmas record was a hit, although it didn't come close to replicating the chart status of The Tractors. The bandmembers took most of 1996 off, spending time with their families and working on side projects, as lead songwriter Steve Ripley prepared material for the Tractors' third album, Farmers in a Changing World, which was finally released in the autumn of 1998. Fast Girl followed in 2001, but then there was an eight-year wait before Trade Union appeared in 2009. Ripley died on January 3, 2019 after struggling with cancer.