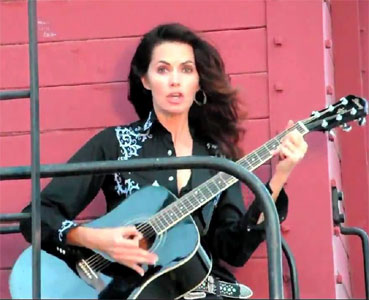 Michelle Turley is originally from Deming, New Mexico, and grew up on a ranch where country music was a huge part of her life. Both her mother and father were musicians. Her father leading a band called “The Playboys” and her mother was an accomplished pianist and vocalist. They were a large part of Michelle musical influences throughout her childhood. Michelle spent her teen years in Phoenix and later became a top international fashion model for the Ford Agency in New York. Her many clients included, Valentino, Armani, Versace and Donna Karan.