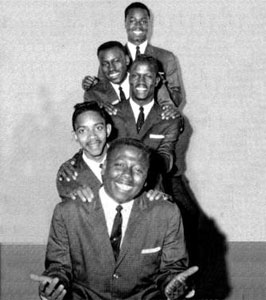 The Odessa, TX-based Velvets are best remembered for their violin-enriched 1961 Top 40 hit "Tonight (Could Be the Night)," during which the group chanted "doo-wop" behind lead singer Virgil Johnson. It was one of the first uses of the phrase in a song (the Turbans' use of the phrase on the 1955 "When You Dance" predates it by a few years). Johnson was a high school English teacher who recruited four of his students -- Clarence Rigsby (lead tenor), Robert Thursby (tenor), William Solomon (baritone), and Mark Prince (bass) -- to form the Velvets in 1960. They were soon spotted by Roy Orbison, who helped get them signed to the Nashville-based Monument label (he later cut "Lana" a song of theirs, while at the label).

The Velvets' recording career started with a catchy revival of "That Lucky Old Sun," but despite the presence of Nashville's finest session players on their releases, only the up-tempo "Tonight (Could Be the Night)," which was penned by Johnson, would score a U.S. Top 40 hit (number 26 pop, May 1961). This song tells of a guy trying to get his nerve up to ask his girl to marry him. Their next release, the spirited Roy Orbison/Joe Melson-penned "Laugh," became their last chart entry. The group released another six singles before going back to teaching and studying.