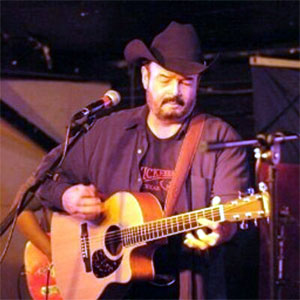 Any guy could put on a Stetson hat and pretend he is a country singer, but Chris Wall is the real thing, a songwriter who knows about honky tonks and country clichés. Wall is alternately humorous ("Something to Shoot" from Honky Tonk Heart) and personable, relating little stories showing that he wears his honky tonk heart on his sleeve. Born in Newport Beach, CA, Wall was the son of a singer who collaborated with the Sons of the Pioneers' Bob Nolan. Wall also spent time at his uncle's cattle ranch, growing to love the country more than his usual surroundings. He later moved to Montana and began writing country songs; he met Guy Clark in 1987 and, after the two swapped songs, Clark recommended the young singer to Jerry Jeff Walker, who caught his show in Jackson Hole, WY. Impressed by what he saw, Walker invited Wall down to Austin in 1988 to record with him. After a few sessions, he moved there and released his debut tape in mid-1989. Rykodisc signed the back-to-basics country guitarist after hearing the tape and seeing his support slot for Walker. Remixed and remastered, Honky Tonk Heart appeared in 1990. No Sweat was released the following year. A long hiatus preceded the release of Tainted Angel in 1998.
Chris Wall passed away on July 30, 2021