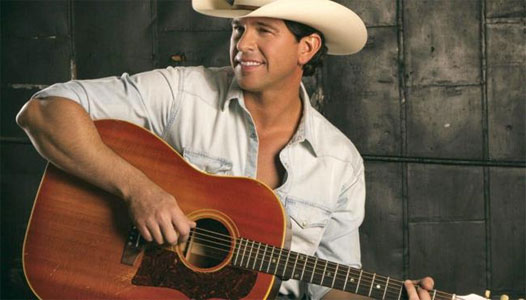 Country artist Jon Wolfe is part rebel and part traditionalist -- his songs are upbeat and tuneful enough to get crowds dancing, but his allegiance to classic honky tonk styles makes him something of an outsider as the increasingly polished and slickly produced sounds of bro-country make their stand on country radio. Nevertheless, due to hard work, Wolfe made some inroads over the course of the decade, with 2015's Natural Man and 2017's Any Night in Texas appearing in the Top Ten of Billboard's Heatseekers chart.
Born and raised in Miami, Oklahoma, a small town 90 miles from Tulsa, Wolfe's first experience with singing came in church, and while he grew up with a taste for classic pop (most notably Frank Sinatra), he was introduced to country music by his stepfather, who played bass with the house band at a local country venue. (One of the other members of the band was Joe Don Rooney, who went on to play with the group Rascal Flatts.) The tremendous success of fellow Oklahoman Garth Brooks inspired Wolfe, and as he began digging deeper into classic country, he first considered making music his career. For a spell, he lived in Chicago, working as a commodities trader -- "I was the only guy on the trading floor in cowboy boots," Wolfe once told a reporter -- but in time he made his way to Texas, regularly playing in Houston before settling in the Austin/San Marcos area. As he became a regular on the Lone Star honky tonk circuit, he was soon sharing stages with the likes of Dwight Yoakam, George Strait, Merle Haggard, and Asleep at the Wheel.
In 2005, Wolfe self-released his debut album, Almost Gone, and a 2006 show in Nashville led to a deal with the independent Midas label; he cut some material for the label, including a version of the song "She Won't Be Lonely Long," but Midas went out of business before releasing anything by Wolfe, while Clay Walker recorded "She Won't Be Lonely Long" and saw it become a hit. Despite his frustrations, Wolfe kept performing and writing songs, and he released the album It All Happened in a Honky Tonk, another self-distributed title, in 2010. The album became a regional success in the Southwest, and in 2013 it was reissued by Warner Bros.
Two years later, Wolfe returned with his third full-length release, Natural Man, another set that fused a traditional sound with contemporary energy and swagger. In 2017, Wolfe's single "Boots on a Dance Floor" rose to number one on the Texas Regional Radio Report. The tune also appeared on his fourth album, Any Night in Texas, which he released that year through his own Fool Hearted Productions label. Wolfe returned with the Feels Like Country Music EP in 2019.